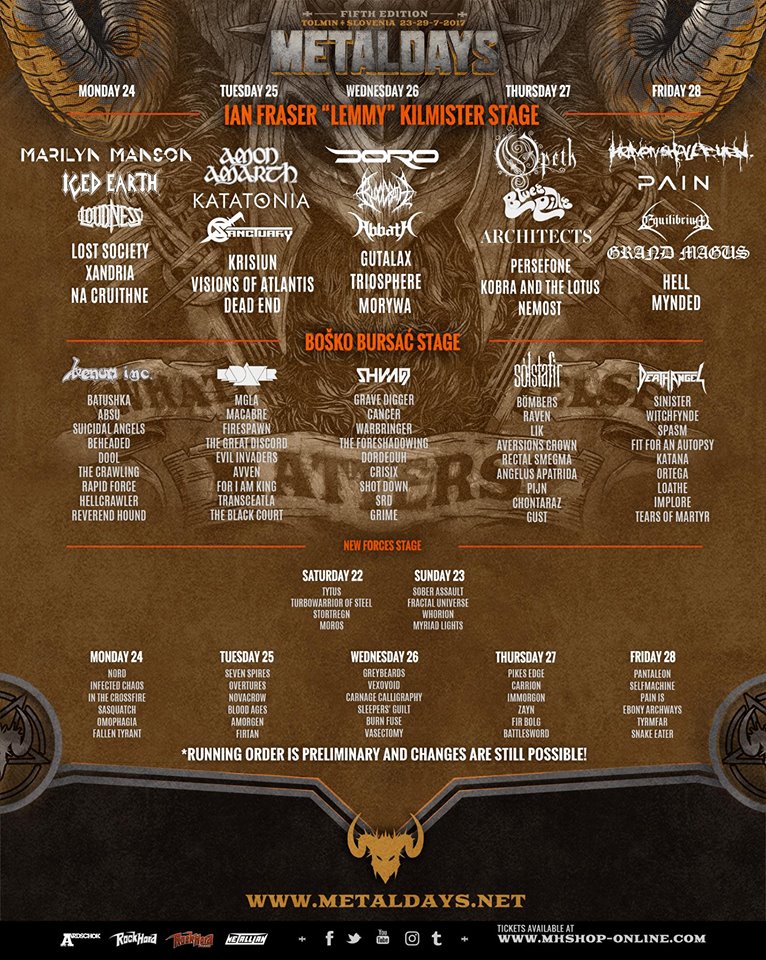 More killer news this week from Northern Irish doom/death trio, THE CRAWLING, who are set for Metal Days in Slovenia this July. The band have been moving from strength to strength, following the release of their debut album, “Anatomy Of Loss” earlier this year.

Guitarist and Vocalist Andy Clarke had the folling to say…
“We are beyond excited about playing Metal Days! We have played a few large festivals so far, and it is just the most enjoyable experience a band can get, so to travel even further afield and do it again is fantastic. Slovenia is a magnificent country, and the setting for the festival is just serene – I can’t wait to look out from the stage across the beautiful scenery; not to mention we get to share the stage with Venom Inc and Batushka!”

Formed in the winter of 2014 against the bleak concrete backdrop of Lisburn city, Northern Ireland, The Crawling have came a long way since their humble beginnings. Influenced by Paradise Lost, Katatonia and Bolt Thrower, The Crawling use a guttural vocal to combine melancholy with weight, churning out a heavy, doom/death ensemble.

January 2015 saw the debut single ‘Choking On Concrete,’ which put the band on the scene, followed in October by the critically acclaimed “In Light of Dark Days” three track EP. 2016 was a massive year for the band; most notably performing at Inferno Metal Festival in Norway, and Bloodstock Open Air in England. The festival appearances have been reinforced by successful headline shows at home, which culminated in a main stage slot at the highly respected Siege of Limerick festival in Southern Ireland.

In April 2017 the debut album “Anatomy Of Loss,” was released via Grind Scene Records, featuring no less than seven tracks expressing desperation and defeat, alongside artwork from Travis Smith (Anathema, Bloodbath, Death…) The Crawling now strive to spread their brand of misery ever further.