It is often difficult for a musician to operate in isolation. This can be applied across the board to all genres of music but it is particularly true for those operating in niche genres. As many extreme metal musicians can testify. This can be tough for those located in countries rich in metal tradition or in major cities across Europe. When this country happens to be Ireland, aspects become even more so. It is easy to say for someone to do their business via other means; sending music files to another person and work with through the internet for instance. That is easier said than done however. The best, and most talented, musicians are always in demand for their time and services for obvious reasons. Endlessly waiting for someone to become available, or being forced to rely on lesser ones. 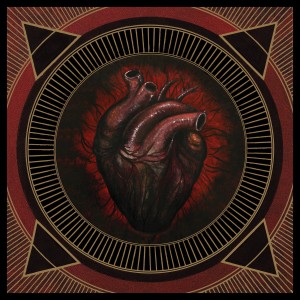 And then some decide to move abroad to perhaps further their career. Stephen Lockhart, A.K.A Wann, is one of these. Having been a part of two man outfits here in Ireland, MYRKR and HAUD MUNDUS, he also performed live with SLIDHR. Pretty well established outfits in their own right. He has since moved to Reykjavík, where he produces in the Studio Emissary. Iceland has in recent years become a hot-house for critically acclaimed black metal bands. And he has worked with some of the best the country has to offer. He has contributed work towards WORMLUST and currently makes a part of SINMARA, along with all of his production work with SVARTIDAUðI, MORTUSS UMBRA, MANNEIRA, DYSANGELIUM and ALMYRKVI. The REBIRTH OF NEFAST project has therefore been on the shelf for quite some time. Certainly since releasing a split with SLIDHR almost ten years ago. His only other release was a demo two years previously.

Its opener, ‘The Lifting of the Veil’, invokes a cold and wind-swept sensation. It is defiantly austere, bleak and desolate. Not much is happening save for the hint of cries in the background and the occasional thud of a drum beat. It almost has the sense of a dark-wave or post-punk number. A bell is struck in sequence to the drum to add to the atmosphere. The sounds begin to gradually increase in volume before it finally leads into the guitars. The playing remains to be quite sedate in its tempo. Whilst all of this is taking place, the vocals make themselves known. His is more of a low growl rather than a high-pitched shriek. The background to this has become akin to a low range choral piece. Meanwhile, the vocals have descended to the level of a whisper. Events remain extremely bleak and forlorn. Suddenly, the tempo switches to something more frenetic and unhinged. Drums are blasting away now. Swathes of sound-waves make it appear woozy and unsettling. It reflects the work of more avant-garde acts and progressive outfits. Think ‘A Plague of Lighthouse Keepers’ by VAN DER GRAAF GENERATOR for instance. The drums and guitars melt away to leave a keyboard/synth led solo. It becomes very quiet and unnerving towards the end.

‘The First Born of the Dead’ involves more of a pummeling intro. Drums and guitars hammer away in a claustrophobic atmosphere. The keys decorate the piece to further the sense of unease. Vocals are more of a throaty roar. A few drum beats kick in before it fades away. Feedback tinged riffs mesh with an insistent and steady drum beat. Female vocals are introduced alongside his own to heighten the gothic sense of it. Hints of DEAD CAN DANCE and CELTIC FROST in places. As the tempo winds back down, voices echo and whisper amid the fog. A guitar solo punctuates the gloom but still remains at a snail-like pace. Altogether a doomier effort than before.

‘Alignment Divine’ contains another powerful start with more of a symphonic feel to precedings. It, perhaps, contains more recogniseable black metal vocals with a few ‘ugh’s’ thrown in for good measure. It contains much of the tempo changes from before. After the initial rush, the speed slows down, before a single tom strike sets it off again. Whilst it keeps much of the moody atmosphere of before, there is an impressive amount of drive in the mid-section piece. It contains sturdy drumming and some powerful guitar lines. These give way to a keyboard solo before the piece is seen out by a steady rumble of the drums. ‘Carrion is a Golden Throne’ possesses a similar start. Its booming and cavernous arrangement is set against a bleak and disgusting tone. There is shades of RUINS OF BEVERAST in places. Drums blast away in the background, whilst the keys maintain an eerie rhythm. The quiet-loud patterns continue from before. At points, the only movement is delicate snares and isolated toms. There is a good demonstration on display of his vocal range. From barely audible whispers to full-throated roars. The pace really picks up towards the end with the guitars and drums in full flow.

‘Magna Mater Menses’ retains the same patterns as before. Although one might look for the more furious and fast-paced moments, the quieter sections still manages to keep up a sense of drama and intrigue. One of these incorporates a spoken word piece for dramatic effect. This is contrasted well when the playing goes flat out. Indeed, it probably manages to include some of the heaviest riffs on the album. Closer, ‘Dead is the Age of Hallow Vessels’, strides a variety of moods and tempos across it’s twelve minute plus span. It is almost hallucinogenic in its feel and bears a resemblance to the more progressive approach taken by bands who would have been associated with the black metal genre such as ENSLAVED. That does not mean it is anyway sprightly or enthusiastic however. It retains an almost crushing sense of depression and misery throughout. It is almost hypnotic in its dense production of swirling guitar lines and mesmorising keys work. The drumming seems to have disregarded any sense of patterns and instead possesses a loose and flexible feel to it. And then it breaks out in an enraged blast which is almost white hot in its explosion. A few continuous moments of ferocity to satiate any black metal fan. It is a delightful way to bring this to a climax.

It could be said that this album is overly long, stuffed with too much softer portions and missing the demented sense of evil usually expected of a black metal band. And in a way, they could be correct. The shortest track is almost eight minutes long after all. It is an album which demands several listens to pick up on the varying nuances and hidden elements involved. Not the immediate payback that many would count on. The decade long project taken to bring this to fruition has been worthwhile. There are a variety of different shades involved here that provide greater depths to it. The murk and dank brings to mind grime death legends Incantation, whilst the more ambient sections are almost like a film scope. Clint Mansell and others at their best. It is challenging, contrary but ultimately a reward to those who are patient with it. A special mention to the artwork also. It is currently streaming on his bandcamp page and has been uploaded to youtube. Whatever endeavours lie ahead for this project in the future remain to be seen but hopefully more is to come. One off ceremonies have taken place at festivals such as MMXVI Oration in Iceland last February. One can hope for action this side of the water.