It seems all so appropriate. A band named after a figure from Ireland’s distant past should be coming back together from the break-up of a legendary band from our recent past. Those left in the final FIVE WILL DIE lineup had too much ideas and music left in their veins for them to have done nothing. Even for those that witnessed that final Bradley’s gig knew that something else was around the corner. It was unlikely that we had seen the end of them. The question remained as to what direction they would go.  Having influences from alternative rock, hardcore and post metal, there were many options open to them. THE MELVINS/FAITH NO MORE/Mr. BUNGLE comedy tinged THE MAGNAPINNA charmed us all with their “Sex Tape” release earlier this year.  PARTHOLÓN is an entirely different beast however.

Daniel Howard is joined by fellow MAGNAPINNA guitarist Alex Hayes, along with their former drummer alumni from The FIVE, Alan Setter. They are complemented by Dillon Bean, former bassist and front-man of short-lived outfit INCISOR. The band are aiming to travel into darker and more expansive territory than before. A statement of intent came as a result of Magnus Lindberg being responsible for mastering the finished product. A nod in the direction that they aspire to go. Bands have been accused in the past of not having similar ambitions to their counterparts overseas. This will definitely make many pay attention to them. A particular nod to Howard for the excellent artwork. 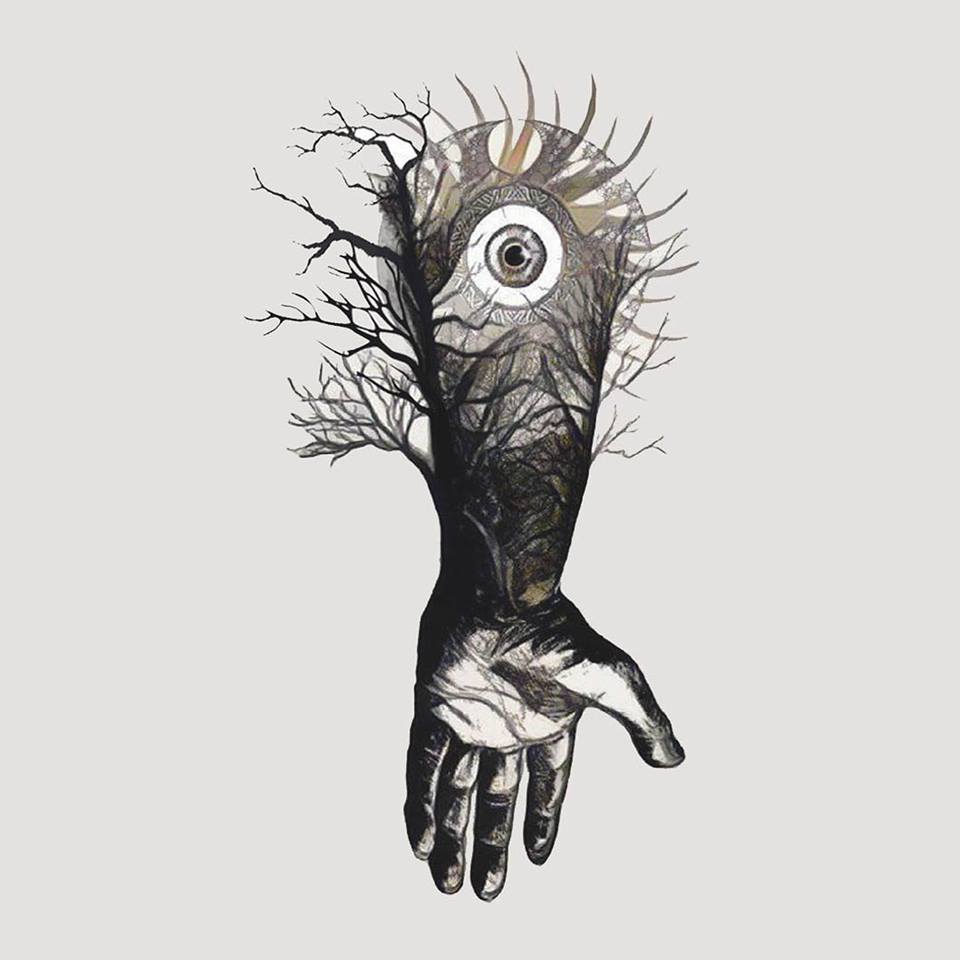 Opening track ‘To the Stars’ has been available online for a while. Mainly as an example of the expected material on this release. It’s clear that the practice and live performances have made them a tight unit as the band lock-down well over a mellow intro that is subtle yet eerie, as the truth is revealed. The message seems to be of an impending planetary destruction. “Mankind, you give nothing”…. “Realise your worth, let go of despair”…. “Skies descend, this is the end”. Whilst Howard screams over this, the band continues to repeat the same tone. An increase in pace and weight takes place around 5 minutes which sees Setter making his presence really felt and the guitars sharpen up nicely. The mantra of “To the stars, we go”, is repeated with increasing furiosity.

As ‘To The Stars’ rounds itself out it follows directly into ‘Jerusalem’. And the guitar work here is quite delightful. They veer effortlessly from chugging rhythms to heavy and fuzzed up riffs. Their CROWBAR influences definitely come to mind. All of this is backed up by an incessant drum beat. It builds up with a similar ominous feeling to it. It is slightly shorter than the opener but no worse for it. It positively zips by. The declaration of “Light a fire for your God” sets up the sense of refusing to adhere to religious doctrine, while the chants of “This is new Jerusalem” and the ingrained riffing bring the piece to an end.

‘Light’ begins with a swirling melodic introduction.  The sense of leaving crops up again.  “Ancient funeral pyre” is almost a nod, intentionally or unintentionally, towards “Light my Fire”. They were renowned as band for opening the gates to another world. This could be the journey into inner or outer space. ‘Never coming back again’ sets this up.  There is a substantial pick-up in weight around the 4 minute mark. Backing vocals add to the sense of the track.

Final track, ‘Hunt’ is the real big one.  Clocking in at a hefty 14 minutes. It contains all elements previously encountered and a lot more besides. Indeed the vocals only appear nearly 2 minutes into it. These are tracked with backing vocals from the other members to offset them and make it sound fuller. The legend is that the followers of Partholón died of a plague within a week. Their desperation is reflected in the vocals. The sense of power builds until around the 6 minute mark. A quietening takes place and then bursts back into life. All seems to be coming to a gradual conclusion. Suddenly, out of nowhere, the faint sound of a heartbeat is heard. And the bellow of a horn used in a hunt. The slow, melodic plucking that accompanies the conclusion brings to mind some of Steve Howe’s work on “The Fragile” album. Hayes is a progressive rock fan, so maybe that could have seeped into him. 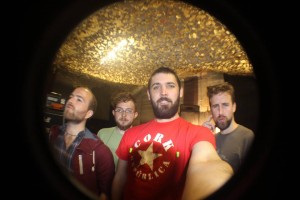 This is by no means the finished article. Some post-rock/metal outfits find it difficult to break out of a meandering jam at times. Being able to fully go all out into the darkness, instead staying in the shadows. What the band has provided is a drop-off point. They can definitely choose to get more expansive. They could also decide to toughen and darken the tone of their music. The next step is up to them. I, for one, am looking forward to where this might take them.