The following releases have been assigned to myself to review. The most impressive is the SCÁTH NA DÉITHE release, “The Horrors Of Old”. A four track EP that features two ambient tracks and 2 lengthy Black Metal laden monstrosities in ‘The Savage Hunger of the Dead’ and ‘An Sluagh’, with the former being my favourite track on what is, to these ears, dirty atmospheric black metal. What starts off as intense riffing, leading into more delicate but dark sections that build up an atmosphere of overwhelming darkness and decay. This is an excellent starting point for SCÁTH NA DÉITHE and I look forward to what else this duo conjures up from the depths. 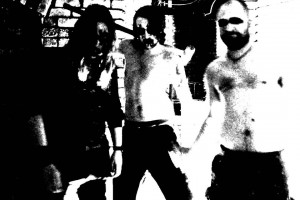 Finally, two EP’s released last September by Dublin’s HORRENDA, labelled as a an experimental Black Metal band rooted in Norwegian Black Metal with nods to DSBM/Death Metal elements, so I was hoping for something like DODHEIMSGARD or THORNS. The 2 EP’s titled “Echtra” and “Bellum Civile” were released no more than 2 weeks apart on the bands bandcamp, unfortunately both are heavy on the experimental and unfortunately not in a very enjoyable way. “Echtra” is very sample heavy and the best song on it ‘Cenobite’ ends abruptly, there are ideas on both EPs but I think everything that appears good on them is eventually ruined when the experimental nature comes to the forefront. “Bellum Civile” is much more obvious in its Black Metal and DSBM than the other EP,  but it does feel a little unfinished, songs going on too long without coherent direction or ending abruptly.

Following on from Luke’s HORRENDA review, the band have released yet another EP, “Neronian Times” as of February 2016. Once again the band have opted for a very raw and minimalistic production, but to be fair it’s definitely a step up from the previous outings. Mainly because some (but not all) of it was written and recorded as a proper band rather than a one man effort. It definitely shows more promise from the still evolving band/project. But my only real concern is that they seem to just churn out anything and everything that they come up with. Even since this release the band has issued another split, a three track promo and a single. A little patience and quality control would serve them well and go a long way to letting the band truly find their niche.

MORTICHNIA –  “Heir To Scoria And Ash” 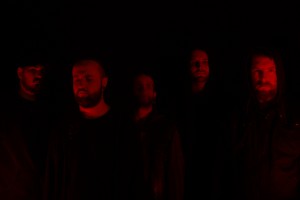 MORTICHNIA are a recent name to the Irish scene, but the players involved are certainly no strangers. Formerly working under the familiar moniker of WOUND UPON WOUND, the last version of that band decided a fresh start was needed and the re-vamped line-up re-emerged soon after under the name MORTICHNIA. And “Heir To Scoria And Ash” is the result of this rebirth. Taking cues from the likes of MGLA, DEATHSPELL OMEGA and our own atmospheric, post-black metal titans ALTAR OF PLAGUES, Whose James Kelly had a hand in producing, it certainly has a lot to live up to. And thankfully MORTICHNIA do not disappoint. Each track is lengthy but not to the point of becoming monotonous with a common bottom end, open string boom throughout its duration that ties it all together as one coherent body of work. And although the shrieking vocals can be quite jarring at times, to be honest… anything else just wouldn’t have the same atmospheric effect.

Opener ‘Searing Impulse’ has obvious nods to the aforementioned AOP and sets out in earnest with drums blasting pretty much relentlessly for the first part of the track, before settling back into a slightly steadier rhythm for the remainder where the band really begin to spread their wings. This follows through to ‘Carrion Proclamation’, ‘A Furious Withering’ and ‘Heir’ which feel more emotive but are no less powerful in their deliveries. With each track they build, bombard, retreat and pulsate into a very impressive debut indeed. Be sure to check this out!

“Heir To Scoria And Ash” will be officially released on the 22nd April via the Apocalyptic Witchcraft label.